I am writing up a paper that I will give at the Labour History conference in Melbourne in a few weeks. The conference is on "Fighting against war: Peace activism in the twentieth century" and there is a great line up of papers.  Labour history and twentieth century history are a bit outside my comfort zone and so I have been pushing myself rather on this one. I have done some thinking and researching on how ideas about how Irishness was thought about, defined and acted upon in late colonial Australia and it is a natural enough extension to go into the first few decades of the twentieth century. Which of course means thinking about World War I and the way that Irish Catholics in Australia were associated with anti-conscription and general anti-war activism.

What is has evolved into so far is an exploration of the propaganda that washed over the electorate in 1916 and 1917 through two plebiscites on conscription and a general election. There has been a huge literature on the topic to come to grips with and that has occupied me for several weeks since returning from Christmas holiday. What I am finding fascinating is the way that old cartoons from London Punch were recycled by a newspaper proprietor and fierce anti-Catholic. Critchley Parker used his newspaper The Australia Statesman and Mining Standard to attack everything that he saw as hampering Britain's war effort, including publishing pamphlets and leaflets which he distributed widely. The reuse of racialised images of Irishness in this context is interesting and worth exploring in more detail. 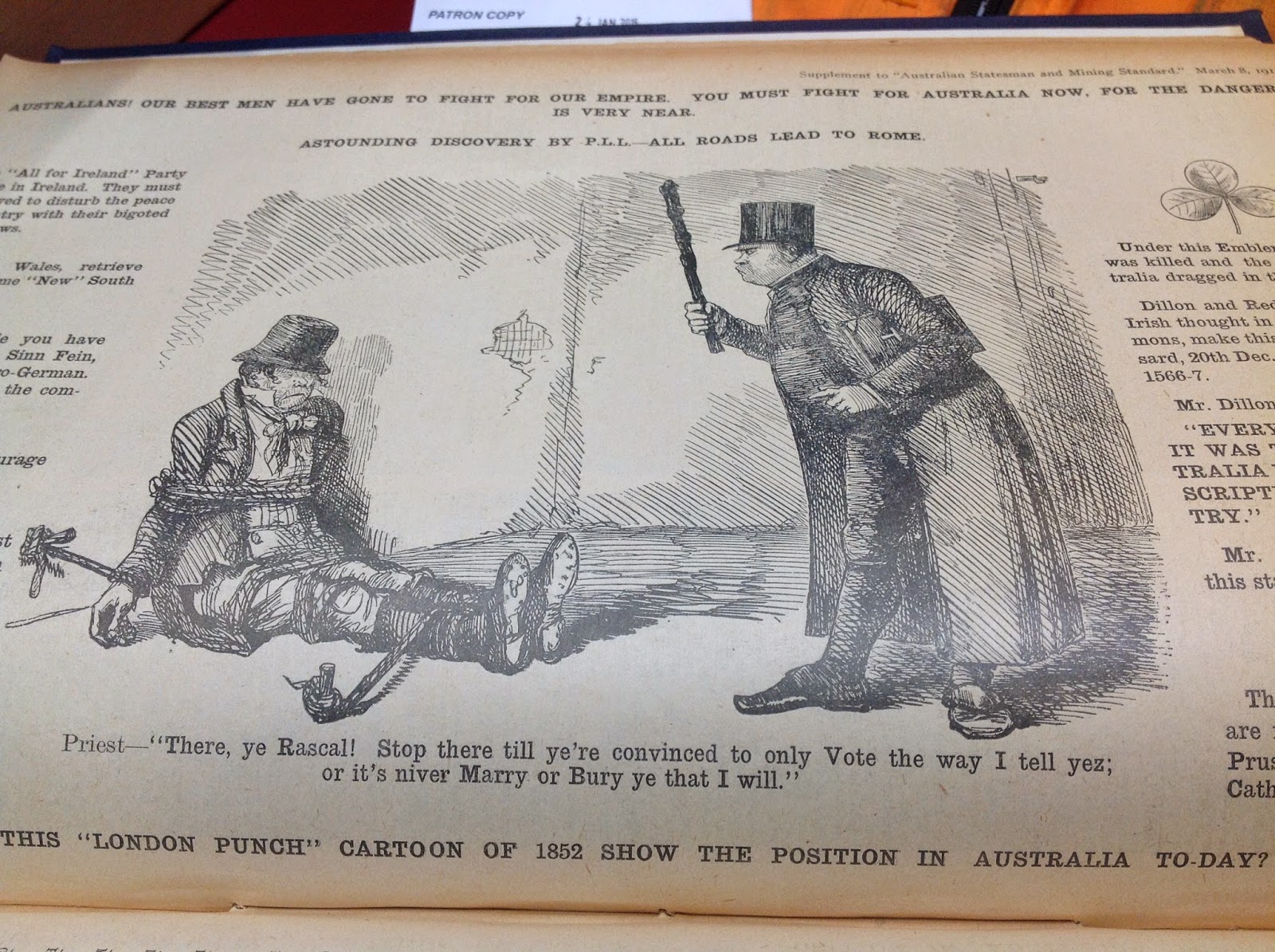